Should You Ditch Your Accent? 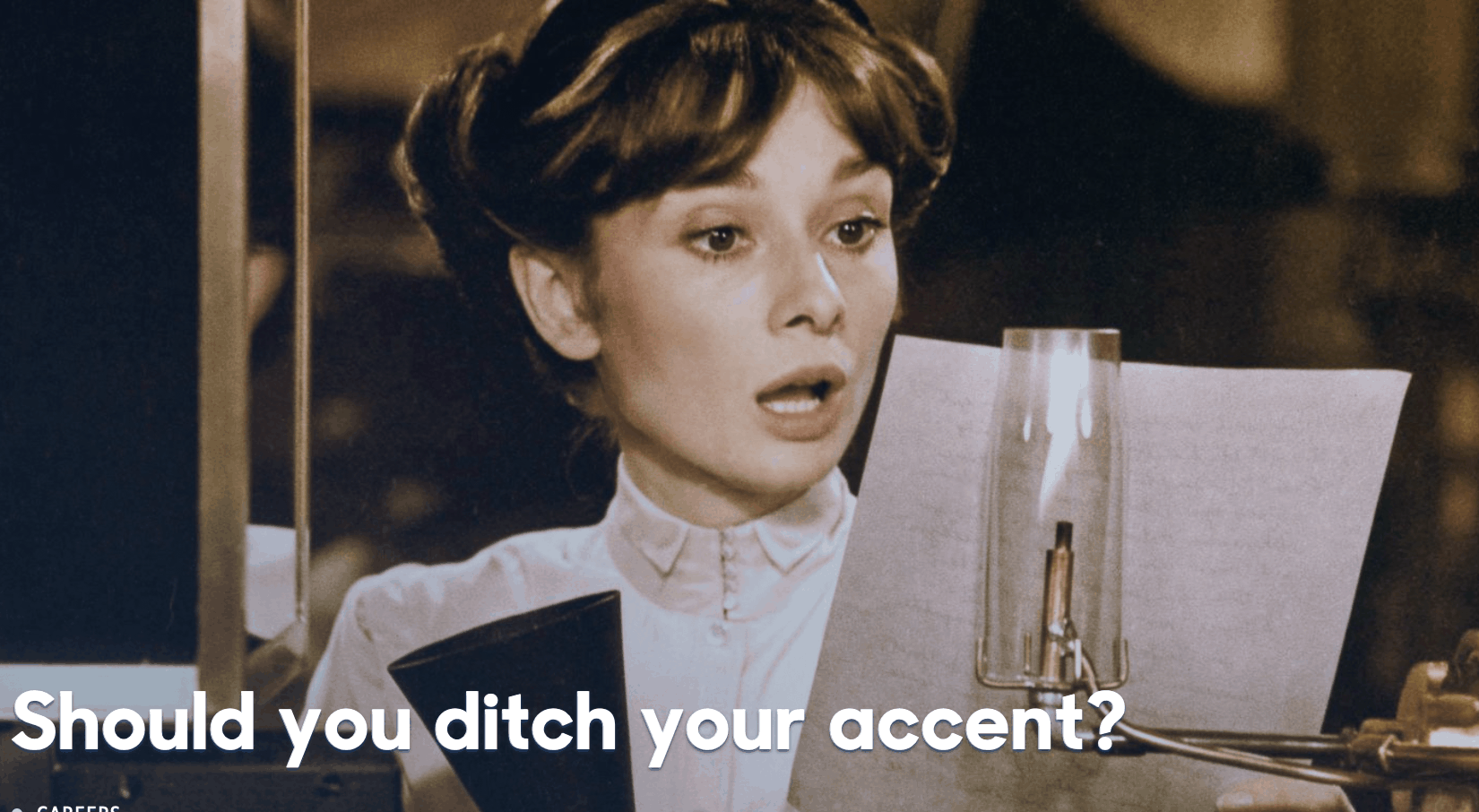 When Jean Eloi spoke English at work, words like “probably” often sounded more like “pwabably” and the-51-year-old’s accented speech was too fast for his colleagues to keep up. So when his manager gently suggested an accent-reduction course to help him express himself more fluently leading meetings he jumped at the chance.

Eloi, a native Creole speaker and project manager at a biotech firm has lived in the US for more than 32 years but says he wasn’t offended by the suggestion and instead appreciated the offer of some help.

Accent reduction, sometimes called accent softening, is controversial and being singled-out over the way you speak can be upsetting to employees. And managers risk deeply offending team members if they pick on one person over the way they speak, in particular if that employee is often working in multiple languages or their English pronunciation has little to do with their capability to do their job.

After 15 hours of one-on-one coaching, Eloi, who lives in North Carolina, in the US, says he’s now aware of the mistakes he makes in English when speaking. As a result of the course, he now slows down his speech, clearly enunciates vowels and keeps his desk computer covered with sticky note reminders to incorporate what he’s learned during the course.

“There are small things that you don’t know [about your speaking skills] until you talk to someone,” said Eloi, whose firm covered the cost for training. “Now I’m really conscious of it.”

In most cases, candidates interested in accent reduction courses have great command of the language but simply can’t pronounce certain sounds or lack appropriate diction, says Kym Godfrey, founder of AccentWest in Perth, Western Australia. Those who commit to the course “are continuously asked where they are from and are sick and tired of being asked,” said Godfrey, adding that without intervention, an accent can change only subtly over time.

For those who learn English as adults, it’s nearly impossible for a non-native accent entirely disappear after such a course — even after years of practice. However, even small improvements can boost self-confidence in the workplace. Improvement comes from focusing on the most glaring problems, according to Brian Hickey, director of the English Language Institute and English for Professionals Program at Pace University in New York.

“The course focuses on the repeated patterns of error in their speech and the objective is to prove these errors in a short period of time,” he said.

Taking a course over several weeks at a time can be beneficial because some English speakers improve through repetition, he said. At Pace, the most popular group option is a seven-week 21-hour small group course that costs $500; one-on-one training costs $120 per hour. Course takers need “to develop habit formation, so when they leave they can self-correct,” he said.

In general, non-native English speakers who speak the same native language face similar pitfalls. For example, teachers say students from India often speak too quickly and have problems pronouncing “V” and “W,” while those from China and Japan can have difficulty differentiating the “L” and the “R” or tend to drop the last vowels in a word.

For French speakers of English, it can be difficult to pronounce “TH” words and German speakers find it difficult to differentiate between the “V” and “W” sounds, Godfrey added. In her courses, Godfrey teaches participants to speak with a “general Australian accent” similar to Naomi Watts or Nicole Kidman, she said.

In some parts of the world, accent-reduction coaches must be more discreet about their clients. In Singapore, for example, speaking with a perfectly accented British or American accent can carry a certain cachet and signal a higher level of education, but knowing that the accent was acquired as a result of a course can be frowned upon, says Alicia, a Singaporean who worked with Godfrey on a polished Australian accent despite being a native English speaker.

“It is not something I would like acquaintances or peers be aware of as I prefer to have them think that it comes naturally to me,” said the 26-year-old communications consultant who declined to give her last name. “There’s a stigma attached to speaking with fake accents, so I don’t want to be associated with that.”

A matter of tone

Even with practice, results aren’t perfect. Katie Schwartz, a corporate speech pathologist  in Durham, North Carolina, who worked with Eloi, says many non-native speakers still have problems with English intonation, the pitch level of the voice, said Schwartz. When it comes to intonation participants “need to have a very good ear for it,” she said. On the other hand, most participants see improvement with their pronunciation and the rate of speech, she added.

For many students establishing a routine after the initial accent-reduction course can be the biggest challenge. For Japanese woman, Yuki Nakast, a stage and event-lighting designer in New York, it’s meant spending 10-minutes during her morning routine repeating after a DVD to focus on her English trouble spots such as dropping the last sounds at the end of a sentence. Nakast, who took a two-week Pace course after moving from Japan seven years ago, says the extended practice has helped what she quickly learned in class become second nature.

“Now I’m taking time to focus on saying my words.” she said.